This spring, Ende Gelaende will once again bring together people from all over Europe to collectively take a stand against the fossil fuel industry and an unjust and destructive economic system. Our action will be part of the global „Break Free from Fossil Fuels“-campaign from 4th to 16th of May, where people all around the world will take action against fossil fuels and for a just transition.

With a mass action of civil disobedience in the lignite fields of Lusatia (Germany – east of Berlin), we will draw a line in the sand and say NO to coal mining and NO to fossil fuel extraction – neither here, nor anywhere. We are part of Blockadia, part of a global grassroots movement fighting for climate justice, for a democratic and just energy transition and for a social-ecological transformation.

We are inviting you and/or your organisation to support Ende Gelaende by endorsing the statement below, even if you are not (yet) planning to come to Lusatia in May. We are all part of the same movement.

„On 13–16 May 2016, we, together with many others, will be carrying out acts of civil disobedience to powerfully disrupt ‚business as usual‘ at an open-cast lignite mine in the Lusatian coal fields. We will force the mine operator, Vattenfall, to suspend its normal operations. We are taking a stand against the mining and burning of coal, one of the main causes of global climate chaos. Considering the urgency of the climate issue, we see it as both necessary and appropriate to take our fight for climate justice one step further – from public protest to civil disobedience.

In August 2015, more than 1000 people entered the biggest source of carbon emissions in Europe, the Rhineland coal fields, blocking operations in Garzweiler for an entire day. And in 2016, the campaign to stop coal continues. Vattenfall is trying to sell-off its German lignite operations to a new investor who will keep this dirty and destructive part of our energy system running for decades to come. This deal would be this year’s biggest investment in coal in all of Europe – resulting in the opening of new coal pits, more resettlements, pollution of drinking water and climate disaster.

Whatever you think of the deal that governments signed in Paris, the following we can all agree on: nothing substantial will happen to protect the climate if we don’t take action from below, if we don’t shut down fossil fuel infrastructures, if we don’t force governments and corporations to abandon their destructive business-as-usual. We cannot trust them with our climate, knowing that they are pushing for the TTIP free trade agreement that will contribute massively to climate change and injustice; that they continue to subsidise the fossil fuel industry and expand fossil fuel extraction. We will take matter into our own hands and say Ende Gelaende – Here and No Further!

As was said on the streets of Paris: “We are the ones we’ve been waiting for!“

How to get involved:

Alternatively throw a solidarity party at home. Fighting the system does not mean you can’t have fun. 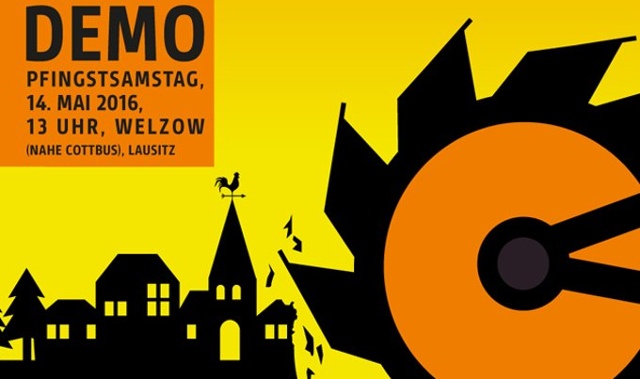